A BIG THANK YOU to the 18 fine folk (including two grandchildren) who turned up for the working bee at the Top O’ The Hill yesterday. A great scene of spraying, weeding, raking, digging, metal-spreading, mowing, clipping, and general tidying, all of which has made the area ready for the many tourists and locals to enjoy over the Summer. 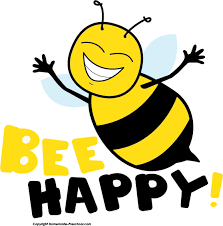 A very convivial and hard-working group who represent the pride of Opua!

A community effort that was topped off by an excellent morning tea with jam and cream scones and cheese rolls.
Thanks to you all.
A set of secateurs was left behind – owner contact me.

If you have a project idea for Opua, please email us!

We have organised a trailer of metal to fill the pot holes in the parking area.

Our main tasks will be to weed the gardens and to trim back the plants and the edges. So secateurs, weeding implements, spades, etc will be the main implements required. Containers for weeds will be helpful.

Vanessa will bring scones for morning tea but other help with food, and hot water and the makings for a cup of tea or coffee would be much appreciated. Phone Vanessa on 4027650.

A great chance to demonstrate the fantastic Opua Community spirit.

The Spring has sprung, the grass has ris – I wonder where the birdies is.

Well, the weeds have also risen at the “Top O’ the Hill” – our well-used rest area which helps define the beauty of Opua. The plants and shrubs we planted are growing beautifully, but the weeds are now trying to assert their authority, so it is time to get stuck in and beautify the area for the coming Summer season

Pulling out the advancing weeds

Filling the pot holes in the parking area, (can anyone get hold of a trailer load of metal?)

And we will be  enjoying the company of like-minded Opua residents.

There will be a reminder later but put this in your diary now.

While I can’t provide much information because of privacy etc. but I do remind everyone to be vigilant for any strangers you may see snooping around.  If you do see someone new to the area give them a hello.  Call out to them with a friendly hello or enquire if you can help them.  If they are genuine, then they will think that Opua is a nice friendly place with residents willing to help visitors.  If they are up to no good, they will know that they have been spotted and likely move on.

People are sometimes the prey of unscrupulous confidence tricksters who are only after money. Keep in mind these guidelines:

· Be careful about discussing your financial affairs with anybody.
· Don’t be pressured into drawing large amounts of money out of the bank to give to strangers

Firstly I want to commend everyone for their response to the suspicious person seen in Opua a couple of weekends ago. Plenty of action on the facebook page and communication within the community. Great description and thanks for calling 111.

Tonight, Sunday 12th, we got a call about 2 youths in the marina area acting suspiciously. When we attended we located 2 teenagers with a bag full of tools ready to break into cars.

This is really all that Neighbourhood Support is about. Seeing something and doing something about it. Be it a crime, an improvement that can be made to something in the area or someone in need of help. See something, do something.

You will have to accept that we sometimes cannot give you an update on what we are doing with the information you pass or any warnings we may post on the facebook page. We are conscious that the crooks also read facebook and we don’t want to let them know how our investigation is going.

I suspect you are all aware that you can ring *555 to report an urgent Road Safety matter. Are you also aware that you can go online to the NZ Police website and fill out an online form for non urgent matters? https://forms.police.govt.nz/forms/online-community-roadwatch-report/9

It’s official, Neighbourhood Support is up and running in Opua. The first formal meeting of a Neighbourhood Support group was held last night. Everyone at the meeting was committed to making their own little part of Opua a safer and even more pleasant place in which to live. This in turn makes the community as a whole just that much closer and supportive of each other.

Most burglaries are opportunist and happen when owners are away. Unfortunately it is necessary to be especially careful at Christmas time, as homes are more often empty with many people out shopping, socialising or on holiday. Burglars are also aware that most houses have presents to steal. While enjoying the festive season and your holiday, please don’t overlook your home security. Taking a few simple precautions will help to deter all but the most determined burglar.

Remember
Shut and lock all doors, even if you’re only going out for a short time.

Close and lock all windows – burglars don’t like to smash glass.

Do not “hide” keys outside your home, nor leave them in an obvious place near doors or windows.

Make sure your valuables – including televisions and stereo systems – cannot be seen from outside.

When you buy new items like DVD players or video recorders, don’t advertise by leaving the empty boxes out for recycling, turn the boxes inside out and fold them down.

Hide or lock away passports and official documents – identity fraud is on the rise.

Don’t leave car keys near doors or windows – car theft through burglary is also on the rise.

Consider engraving your property – this puts thieves off because it makes it harder to re-sell.

Ensure you have an up to date list and photographs of your valuables and keep copies in a safe place.

Homes with good security are much less likely to be burgled than those without.

When you go on holiday

Remember, if you see anyone committing a crime or behaving suspiciously, phone the Police Emergency number – 111 – and report it. If they are in a vehicle, write down the number plate.