The Love Opua Trustee nominees are Brian Hepburn as Trustee and Frank Leadley as the Back-up Trustee.

The meeting should take no longer than 30 minutes.

Anyone who wishes to support our selection of Trustees and cannot attend can they please send their proxies to hepburn@insurancemarine-online.com

What a great evening with over 120 attending during the night of 16th March 2017 at the Opua Community Hall in Beechy Street, Opua.

We kicked off with a BYO dinner of the great selection of food.

As we had the meal, we were entertained by Shavonne singing a selection of Country and Western music.
I first heard Shavonne Aliphon at the BOI Vintage Railway concert and was so impressed the way the public reacted to her singing that I asked her if she would sing for us at dinner.
She said yes provided we got the same sound system the Railway had.

Thank you, Shavonne. She has two CDs available. I purchased them both as did John Carter and Terry Greening.
https://shavonne.jimdo.com

A company called Silver Sound who had all the right gear with multi speakers around the room and Alex, the operator, handling the sound mixer very professionally. We had that system available to all the speakers.
Many thanks to FNHL for funding this sound system to the evening.
It made such a difference to be able to hear all the speakers.

All the speakers, John Carter (Mayor) Andy Nock (CEO FNHL) Frank Leadley (BOIVRT) Adrienne Tari (Pou Herenga Tai – Twin Coast Cycle Trail) Brett Etherton (Aaron T Clark Lookout) Brian Hepburn (Love Opua) Puketiitii Picnic area, Harrison Track.
Terry Greening, our Community Board Chairman, was also present and said a few words of encouragement to us all.
Fran Joyce was our official timekeeper.
Frank, as you all know, is the chairman of the Opua Community Hall. Thanks to all Franks hard work the hall is looking beautiful and is a tremendous asset to the community. Thanks Frank

Question time brought forward some healthy debates and a very informative evening was had by all.
The only comment I would make is it would be wonderful if we had a wireless mike to take amongst the people for quest times.

Compliments have been pouring in, and one card that has arrived from a new member Warren Nelson enclosed a cheque for $500 towards the beautifying Opua.
MANY THANKS, WARREN NELSON. 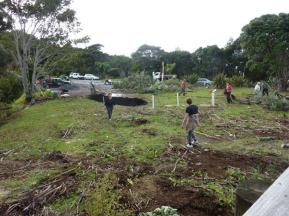 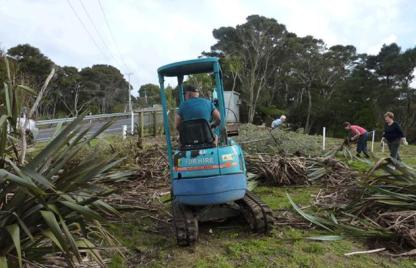